What is Polycystic Ovary Syndrome (PCOS)

Polycystic ovaries contain a large number of harmless ‘cysts’ or egg-containing follicles that haven’t developed properly. The exact cause of PCOS is unknown but it is thought to be caused by a hormone imbalance, resulting in women with PCOS having elevated levels of LH throughout their cycle. LH is the hormone that rises and triggers the ovulation procedure.

It is estimated that more than half of women with polycystic ovaries have no symptoms at all1 and some women only discover they have PCOS when they have difficulty conceiving. If present, symptoms can vary from mild to severe, and may include irregular periods or no periods at all (amenorrhea), excess body hair, oily skin, acne, weight gain and depression.

To diagnose PCOS, a healthcare practitioner looks at your detailed medical history, then a pelvic examination and an ultrasound may be used to detect any ovarian cysts. Blood tests are often also used to establish hormone levels.

PCOS cannot be cured, but for many women their symptoms can be effectively managed. For women who are overweight, the initial recommended course of action is usually to lose their excess weight, exercise regularly and have a healthy balanced diet. Infertility due to PCOS can be treated with fertility drugs such as clomiphene which stimulates the pituitary gland to release a hormone called FSH that then results in a normal menstrual cycle with ovulation. Gonadotrophins may also be used to directly stimulate the ovary. 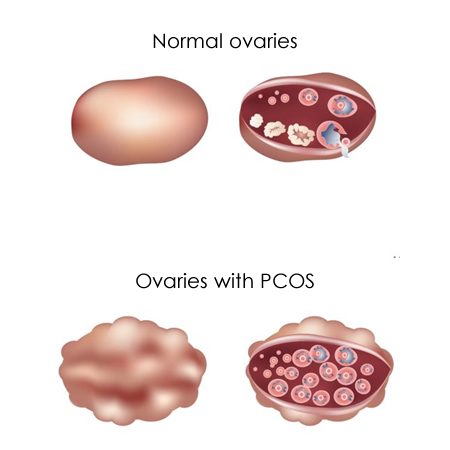 How to use ovulation tests, when there is PCOS

Due to hormonal imbalances common in women with PCOS, eggs don't always mature or get released as they are meant to. Instead, they collect on the ovaries as small, immature follicles referred to as cysts. Further complicating the issue are the persistently high levels of LH seen in some women with PCOS. It is this particular anomaly that can make ovulation testing all the more challenging.

So how do you use ovulation tests when there is PCOS?

Firstly, we will refer to the use of ovulation tests in cases without POS: in these cases, you start testing according to the duration of your menstrual cycle, consulting the guide in the instructions leaflet. When you have the first positive ovulation test, you can stop testing and you know that ovulation will happen on the next day. That’s it.

In cases with POS, ovulation testing will be a little different. The difference focuses in two points:

- the day you start testing and

- the day you stop testing.

When to start ovulation tests:

• If you have regular menstrual cycles (or relatively regular), follow the instructions, start on the right day using one test (or two if needed) per day, until you find the positive result.

• If you have irregular cycles, usually you can begin testing according to the shortest cycle you had in the last year or two, provided you have this data. Possibly a large number of tests will be needed auntil the positive result appears.

When is the right time to stop using ovulation tests:

• In contrast to non-PCOS cases, you must not stop testing, no matter how many days you have positive tests, until you find a negative result again. This is due to the persistent rise of the LH hormone fοr several days. Normally, a woman has a positive result for one or two consequtive days at the most. But in PCOS cases, especially with severe symptoms, the ovulation procedure is not happening easily, so you will have to wait until you have a negative result again. Then you can stop testing. You have to start intercourse on the day of the first positive test and continue day by day until you have negative result. 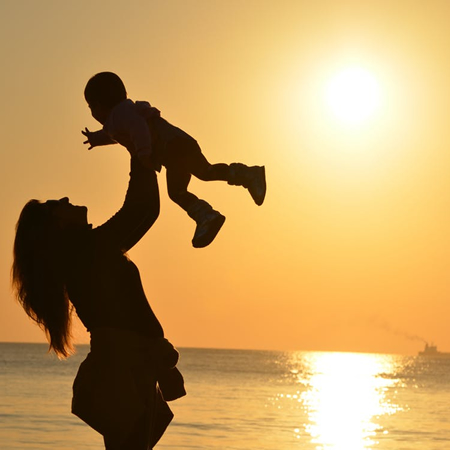