(information to the public in accordance with British obstetricians-gynecologists college) – for more information, you should consult your gynecologist.

Polycystic ovary syndrome (PCOS) is a condition in which the ovaries contain more growing follicles than usual.

This can affect the balance of your hormones.

Symptoms may include:
- Increased hair growth than usual
- Anomaly in your period or lack of period
- Weight gain
- Difficulty getting pregnant
- Acne
- Loss of head hair

You may have greater long term risk of health problems such as diabetes or heart problems.

Exercise may help to reduce the risk of these problems.

What is polycystic ovarian syndrome? (PCOS)

In a normal ovary, about five follicles grow each month, at the beginning of the cycle. These follicles contain eggs. Usually one follicle, each month, continues to develop and release an egg into the fallopian tubes. This is called ovulation.

If the egg is fertilized by the sperm, it travels to the uterus, it is implanted inside it and a pregnancy is starting. If the egg is not fertilized, the inner layer of the uterus (called the endometrium) shed at the end of the cycle, when you have your period, and the egg is absorbed by the body.

The term polycystic a bit misleading. Early researchers believed that they saw cysts (small sacs filled with fluid) in the ovaries. In fact, what they saw were large follicles.

About 20 out of 100 women have polycystic ovary syndrome. Most women with PCOS have no symptoms.

Syndrome is called a group of different signs and symptoms which are all part of the same underlying pathology. Women with PCOS very rarely have all possible symptoms and signs. It is therefore very difficult to be diagnosed. your doctor will evaluate your symptoms and check your hormones (via bood tests) and your ovaries (via ultrasound).

What could polycystic ovary syndrome mean to me?

If you have polycystic ovary syndrome you may experience some of the symptoms below.

These symptoms can vary from mild to severe. They can also be caused by other conditions.

If you have symptoms of polycystic ovarian syndrome, you're at greater risk to develop future health problems such:

What can help to reduce the risk of future health problems?

Following a balanced diet is one of the main ways in which you can help yourself.

Regular exercise is another way. Both can significantly reduce the risk of future health problems associated with PCOS.

If you are overweight and lose weight, it will help. If your periods are irregular or absent, weight loss may help them to become more normal. Follow your doctor's instructions, reduce calorie intake and increase exercise.

Even if you are not overweight, you need to keep your weight within the normal range according to your height.

If you are overweight and have a history of diabetes in your family, you may be required to take urine or blood tests in order to check blood sugar and therefore the likelihood of diabetes signs. These tests should be done every year.

If you have period just a few times a year, or none at all, the inner layer of the uterus (called the endometrium) is likely to increase in thickness. If your period is normal, usually the above situation is prevented. This increase in thickness can lead to cancer. To reduce this risk, your doctor may provide you with progesterone or birth control pills so that you have at least a period every 3 or 4 months.

How much do we know about the correlation between polycystic ovarian syndrome and other conditions?

Insulin is a hormone that balances the amount of glucose (a type of sugar) in blood. If the level of glucose in the blood, does not remain within normal levels, we have diabetes.

Drugs known as "insulin sensitizers" (such as metformin) act by making the body more sensitive to insulin. These drugs can be used for a short period of time to assist women with PCOS who do not have diabetes (especially women who do not ovulate). There are not enough evidence to demonstrate the safety and efficacy of these drugs for long term use in people who suffer from diabetes. More research is needed on this topic.

If you are pregnant and have PCOS, especially if you're overweight, may develop diabetes during pregnancy. This is known as gestational diabetes and will undergo tests on this at the beginning of pregnancy. It usually subsides after childbirth, but it is more likely to develop into type 2 diabetes in the future.

If you have diabetes and you are pregnant, your doctor will refer you to an endocrinologist.

If you have diabetes and / or high blood pressure you have an increased chance of developing heart disease in the future. However, there is not enough evidence to suggest that women with PCOS are more likely to die from heart disease than those who do not have.

If you have polycystic ovary syndrome and you are in menopause, studies show that the risk of developing breast cancer is the same as those not suffering from polycystic ovarian syndrome. 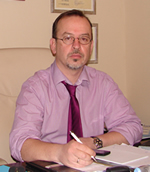