FSH under the microscope

FSH under the microscope

FSH is the follicle stimulating hormone and it is secreted by the pituitary gland, under the influence of GnRH (Gonadotrophin-releasing hormone), together with LH (luteinizing hormone). FSH is one of the essential hormones for puberty growth and for ovarian function. This hormone stimulates the growth of ovarian follicles before the egg is released during ovulation. It also increases the production of estradiol.

FSH levels during the menstrual cycle

The production and release of FSH is regulated by certain hormones released by the ovaries. The above-mentioned GnRH is released is released from the hypothalamus and stimulates the secretion of both FSH and LH. These two hormones can control the functions of the ovaries.

When hormone levels drop, at the end of the menstrual cycle, the hypothalamus produces more GnRH, which then stimulates the pituitary gland to produce more FSH and LH. High levels of FSH stimulate follicular growth in the ovaries. With this development, follicle cells produce large amounts of estradiol and inhibin. Then, the production of these hormones is detected by the hypothalamus and the pituitary gland and then less GnRH and FSH are released. However, as the follicle grows and more estrogens are produced, it causes a surge of LH and FSH, which stimulate the release of an egg through the mature follicle, and this is ovulation (see diagram).

In the first half of every cycle, there is an increase in levels of FSH, that stimulates the development of ovarian follicles. After ovulation, a corpus luteum is formed, which produces high levels of progesterone. This suspends the release of FSH. Toward the end of the cycle, the corpus luteum collapses, production of progesterone decreases and the next menstrual cycle starts when levels of FSH begin to rise once more. 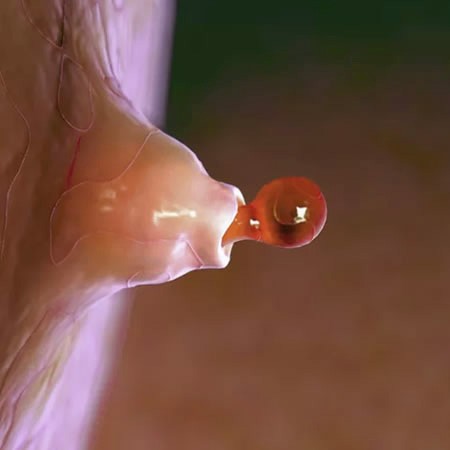 Also read: "Why is the FSH test important for women attempting to conceive for a long time"