First of all, let's see at what follicles are not. Follicles are not eggs. Many people confuse these terms, believing that the follicle is the same as the egg (oocyte).

The follicle is a functional anatomical structure that is part of the ovary and the egg is the cell that will mature into a tiny part of the inner surface of the follicle. In addition, the follicle also contains other estrogen-producing cellular forms, required for the normal growth and maturation of the oocytes.

Phases of the menstrual cycle

Ovulation. It is the process in which the mature follicle will "open" to let the egg free.

Luteal phase. It is the phase of the cycle from ovulation to the next menstruation. Normally, it lasts for 14 days and various hormones are released, mainly progesterone, to support the implantation of the fertilized egg into the endometrium. 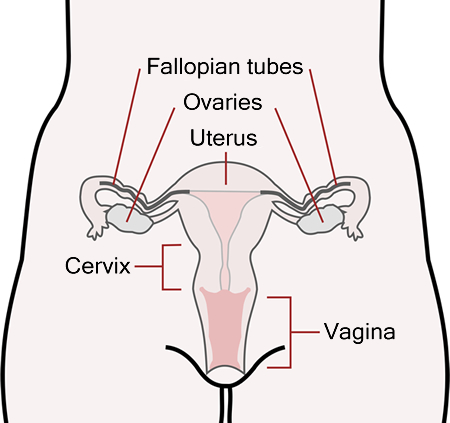 The egg reserve is determined during the first few weeks of the female embryo. Starting from the menarche (first menstruation), one ovum will be selected in each cycle to ovulate. Higher quality eggs are the first to be chosen over time, while the eggs of the successive cycles have inferior quality. This explains why older women have more difficulty getting pregnant and also have a higher rate of miscarriage.

Within the study of female fertility it is essential to know what the ovarian reserve is. Hormonal analysis for assessment (hormone AMH, FSH, LH, estradiol, etc) and vaginal ultrasound in various forms are made.

Difference between a natural cycle and a stimulated cycle

In a natural cycle, from the antral follicles, one called dominant is selected. This follicle differs from the others by its size and rapid growth. Finally it will be a mature (or De Graaf) follicle prepared to ovulate. The others will disappear or die as part of a programmed biological process. Before ovulation occurs, the average diameter of the dominant follicle is 22 to 24 millimeters.

In a stimulated cycle (hormonal treatment), all or most of the antral follicles grow. The growth rate will be different for each of them. When several of them have reached a size of about 18 millimeters a hormone that triggers ovulation is administered. The egg collection is scheduled 36 hours after administration of the hormone. The aim of treatment is to collect the most mature eggs that can then be fertilized by sperm.

Under normal circumstances, yes. In a typical cycle, approximately 14 days before the next day of the ovulation period occurs. Ovulation can be detected with hourly accuracy using ovulation tests which detect the LH surge – the hormone that causes ovulation.

There are, however, cycles which do not ovulate. The development of a follicle does not always mean that it contains a mature egg within it. As in a semen sample not all spermatozoa have enough quality to fertilize an egg and not all follicles contain mature eggs, or not all eggs have the same quality. A key factor in this, is age. Under normal circumstances, this is a rare phenomenon. In non-ovulatory circles, no positive ovulation test will be found.

Can there be a positive ovulation test and no ovulation?

These cases are as follows:

Polycystic ovary syndrome (PCOS): PCOS actually prevents full maturation and ultimately rupture of the follicle, causing the body to keep trying for days to break the follicle, without success. In this case, positive ovulation tests are observed for several consecutive days instead of the normal, which is 1 or 2 consecutive days. More information about the syndrome can be found here.

Luteinized Unruptured Follicle (LUF): In the case of LUF, although the hormonal levels that lead to ovulation are normal, the follicle does not rupture, hence the egg is not released. In normal cycles, the ruptured follicle is converted to corpus luteum, a gland that releases progesterone and stimulates the endometrium. But with the LUF, although the follicle does not rupture, it still releases progesterone. The cycle will look completely normal, there will be a normal menstruation as well as normal positive results in ovulation tests. LUF syndrome occurs in approximately 10-13% of cycles of normal fertile women, and about 20-25% of cases of endometriosis. The detection of LUF is difficult and can only be done via ultrasound.