Even in this situation, the woman chooses her partner

Even in this situation, the woman chooses her partner...

According to the prevailing scientific theory, just one sperm out of all that will fertilize the egg (and the combinations of allelic genes that the descendants will have), is purely a matter of luck. The condition, of course, is that this sperm will prove to be the strongest and most resilient of the rest. But the point is that, according to theory, the egg has no choice. It is just sitting there passively, waiting to be fertilized.

But this theory, including the laws of Mendel, may change. Dr. Joseph H. Nadeau, principal scientist at the Pacific Northwest Research Institute, has found evidence that ova and sperm do not always combine at random, but in fact the egg can choose which sperm will fertilize it.

Nadeau began this research after two experiments of his own laboratory, which, under Mendel's laws, had to produce certain predictable pairs of gene combinations in offspring, but they did not. In fact, it has been shown that some gene pairs are much more likely than others, when the mother carries a particular gene.

After a series of experiments, Nadeau concluded that fertilization was not entirely random and that there should be a mechanism that allows the egg to choose the sperm. He calls this biased fertilization. 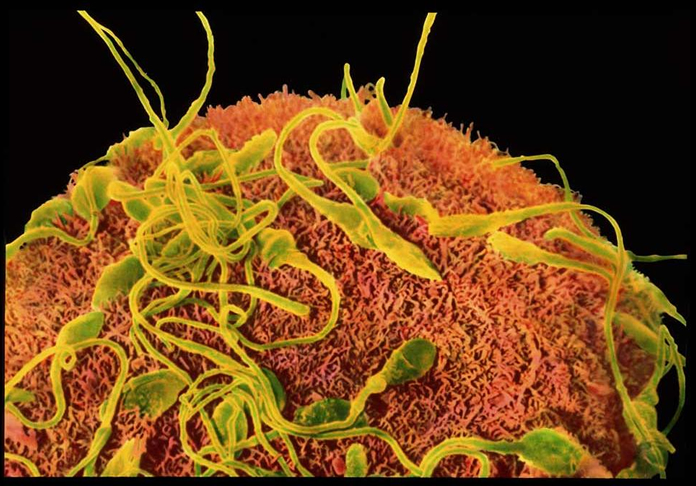 The mechanism of how the egg can decide which sperm will fertilize it is still unclear. There are probably several factors in female reproductive organs that could control sperm access to ova based on their genetic content. However, these findings shed a new light on the female reproductive system, which, as it turns out, plays a much more active role in selecting a partner or a sperm cell and affects the genetic composition of her offspring.

The findings have been published in Genetics.