The decrease in male fertility

The decrease in male fertility

Scientists' concerns about the decrease in sperm count. ‘Crisis’ or not enough data? 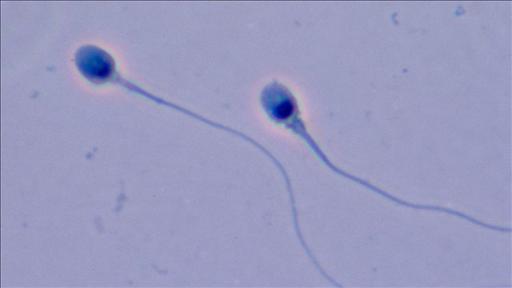 The results of experts at a major conference in London last week: A possible sperm crisis is ahead of us. Shirley Wang explains during the lunch break. Photo: Science Source / Photo Researchers Inc. London

Are today's young men less fertile than their fathers?
A fertility controversy, with some experts ringing the bell in what some call a "sperm crisis" as they believe the number of male sperm is declining for a decade or more.

Experts here at the annual conference of the European Society of Human Reproduction and Embryology last week discussed the issue for an entire day.

A recent analysis showed that in France, men's sperm counts decreased by almost a third between 1989 and 2005. Most studies, but not all, from various European countries with large databases and the ability to track records found that in the last 15 years or so, the health measurements of men aged 18 to 25 have dropped significantly. This comes after a landmark study from the 1990s found that sperm count had halved in the last half century. 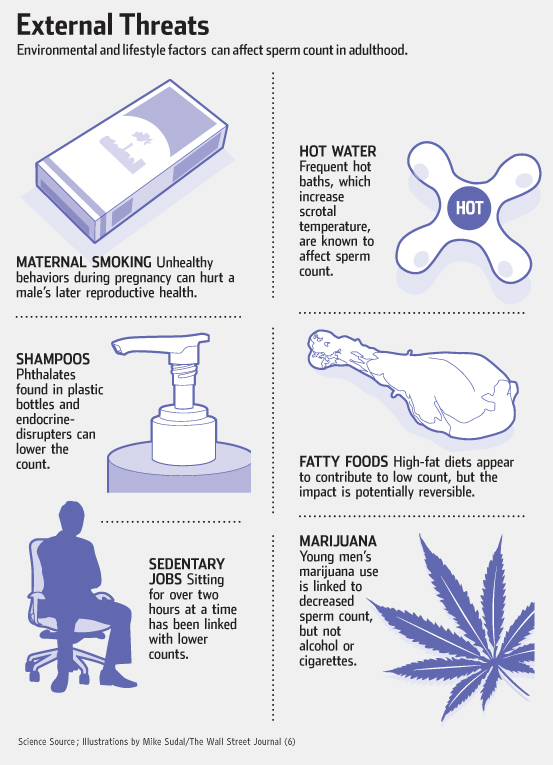 Many experts have questioned the validity of these findings. There are huge differences in results by country and region. Some areas, especially in the developing world, have not been studied at all. In the US, some historical data show that there has been a decrease in sperm count among American men, but there are no recent published data.

Understanding whether men produce fewer sperm has consequences beyond male fertility and couples with a desire to have children. The same environmental factors that could harm reproduction can also affect other parts of the body. Sperm count is still linked to life expectancy, regardless of the cause of death."It is an indicator of public health", says Joëlle Le Moal, epidemiologist in the French Institute of Public Health Supervision, near Paris.

Supporters say that exposure to pesticides, containing chemical substances cause endocrine disorders such as Bisphenol A and lifestyle habits such as sitting for long periods contribute to the proposed sperm crisis. And there is growing evidence that sperm counts, like other health problems, can be affected by what happens to people early in life, even from inside the womb."If our gametes, male or female, are not produced properly "In this way, it could affect the health of the next generation", says Dr. Le Moal.

In general, men produce more than 60 million sperm per milliliter of sperm. As long as the number is about more than 40 million per ml, men are considered fertile and have the same chances of getting their partners pregnant as someone who produces a higher number.

But below this limit, and in particular below about 20 million per ml, their ability to conceive decreases. It may take more than a year for a couple to conceive - a problem known as infertility - or they may not conceive at all.

Not everyone in the field agrees that there is a sperm crisis. Critics say that sperm count in a population is extremely difficult to measure for a variety of reasons, including the most important, how to find male representatives of the population. Monitoring men visiting a fertility clinic, for example, will distort the results to one side. Nor can sperm donors accurately represent all men in an area. Some recent studies have looked at young men applying for military service, although the rate of participation in the survey tends to be low

In addition, there could be measurement errors due to any direct environmental factors, including abstinence duration, scrotum temperature, and time period.

Stefan Schlatt, director of the Center for Reproductive Medicine and Andrology at the University of Münster in Germany, says he does not believe there is a global sperm crisis. Even though sperm counts have declined over time, it is not clear how many more men are included into the category of infertile or non-fertile, says Dr. Schlatt.

But coordinated studies across Northern Europe found that about 1 in 5 young men have sperm counts low enough to affect fertility, according to Richard Sharpe, a reproductive health specialist at the University of Edinburgh. 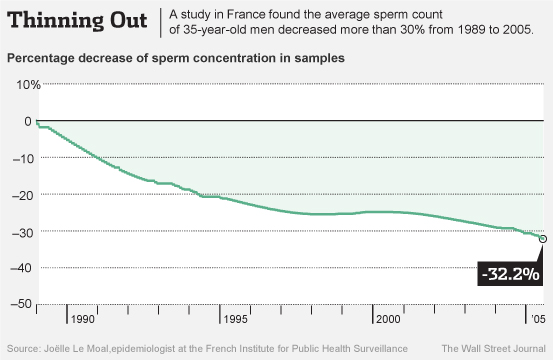 The key may be Sertoli cells, which support testicular germ cells during their 10-week growth in sperm. Each Sertoli cell can only support a certain number of sperm-producing stem cells, so the number of Sertoli cells essentially determines a man's maximum sperm production.

Sertoli cells appear to multiply in the six months before and after the birth of a male child. While external factors may reduce sperm production, there does not appear to be any factor that can increase production above the limit set by Sertoli cell count, says Dr. Sharpe.

In the study of Dr. Le Moal, which was unveiled last week, she and her colleagues looked at data collected by an organization responsible for producing statistics on artificial reproduction techniques in France, known as Fivnat. The sample consisted of more than 26,000 male female partners who were known to be infertile and who underwent infertility treatments in clinics across the country between 1989-2005. Men were not known to be infertile, and were therefore considered a more representative sample of studies focusing on men seeking infertility treatment.

Male sperm quality was tested twice in different laboratories and measured for sperm count, vitality and shape. The researchers calculated the average of the two samples to get a more reliable value taking into account age and season. In addition, the method of measurement, especially for sperm count and vitality, has not changed significantly across France during this period, which is a common critique of these long-term studies, says Dr. Le Moal.
They found that during the 17-year study, men's sperm count dropped by almost a third, or 1.9% per year. In 1989, the average sperm count for a 35-year-old man was 73 million per ml, well above the infertility limit, while in 2005 it had dropped to 49.4 million per ml. The results were published in December in the journal Human Reproduction.

Accumulated data show that early influences in life make a difference. Some researchers say that there is a vulnerable period, perhaps between 8 and 14 weeks of pregnancy, in which the effects are irreversible. One of the most well-documented facts with reduced sperm count is when the mother's smoking during pregnancy.

In a study known as Raine, nearly 2,000 men who participated as babies and are now in their 20s had testicular size related to total sperm count, and sperm count was more likely to be lower in boys who were born small depending on gestational age, or were overweight or underweight in childhood, or whose mothers smoked during pregnancy.
Marijuana use by males is also linked to lower sperm counts, according to data presented at the conference by Roger Hart, a professor of reproductive medicine at the University of Western Australia.
Some factors affecting sperm may be irreversible. Other researchers have found that belly fat, even in those who are not overweight, is linked to testosterone levels in young men. "By adopting a healthy, balanced diet and lifestyle during pregnancy, you can give your growing baby the best start in life that will minimize the risk of future diseases," says Dr. Sharpe. "If he is a boy, then this will make sure that his sperm, and therefore his fertility, is not affected in any way."